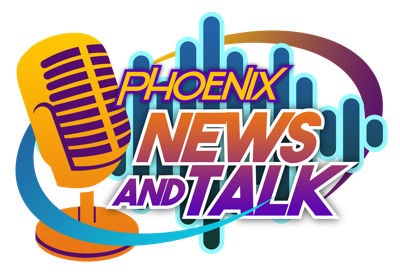 A 38-year-old man was arrested Friday after he allegedly impersonated a police officer and kidnapped two people who were leaving Desert Diamond Casino on January 12.

Court records say two people arrived at the Desert Diamond Casino located near 91st and Northern avenues where one of the individuals won $300. The two individuals left the casino around 2 a.m. on Jan. 13 and were heading to Goodyear when they were stopped by what they thought was an unmarked police vehicle using blue lighting, according to court records.

One of the people described the car as a dark-colored four-door smaller sedan.

The two victims said they were forcibly removed from their vehicle and were immediately restrained with zip ties and handcuffs. Once they were placed into the back seat of the victim’s car, they were held down to keep both victims from being able to see where they were going, according to court documents.

The victims told authorities they were threatened to be killed if they did not give up their pin numbers for use at an ATM.

The victims said their cell phones were also stolen along with their purses, court documents said.

Authorities met with the victims with one of them still having zip ties on each wrist, court records said.

Police were able to connect 38-year-old Issac Gonzalez to the Chevrolet Malibu, believed to be the vehicle used to impersonate a police officer.

Authorities say Gonzalez is a documented member of the Wet Back Power 31st Avenue and the Border Brothers gangs. Detectives say those organizations also operate at the location where the victims were let go.

Gonzalez was released by the Arizona Department of Corrections in September of 2020 and was placed under probation for a 2019 gun charge. Gonzalez failed to appear in court on January 13 and a warrant had been placed out for his arrest with a $25,000 bond.

On January 15, Gonzalez was placed into custody after a search warrant was granted for his arrest.

Gonzalez admitted to authorities to being at Desert Diamond on the night of the incident, admitted he was driving a silver Chevrolet Malibu, but said he went directly home from the casino.

Authorities also searched the room at Red Roof Inn where they believed Gonzalez could have been located earlier in the investigation. A purse was located inside the hotel room that matched the description made by one of the victims of the purse that was stolen during the robbery, according to court records.